At the beginning of September we took our 13 month twins on a flight to Morocco from London Gatwick. It was a three and a half hour trip and was at night so we obviously packed for this scenario. We used our Pacabod oban as their carry on and there was plenty of space. Myself and my husband combined our carry on so that we only had two bags between us, it just made getting through security so much more simple.

We obviously packed the standard nappies, nappy bags, wipes etc. We packed around 16 nappies, that was mainly because we also packed for the journey down there. 8 nappies each but we definitely didn’t use them all.

We then packed sudocreme, hand sanitiser and a special sterlisiing sanitiser which is baby safe and non-toxic. Its by aquaint and I bought a big bottle off Amazon because the small ones were really expensive, I then decanted it in to a smaller spray bottle. 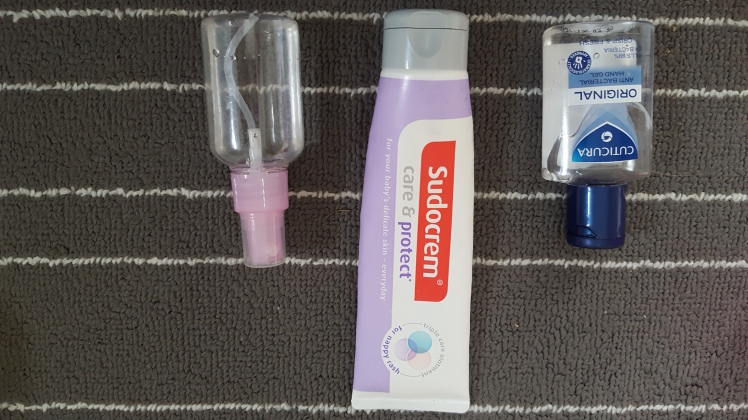 We packed snacks for the plane but they didn’t really eat any of them, obviously because it was at night. We just packed non-messy snacks, no meals because they ate dinner in the airport before we took off.

We also packed bibs, dummies and their sippy cups so that all practically bases were covered! 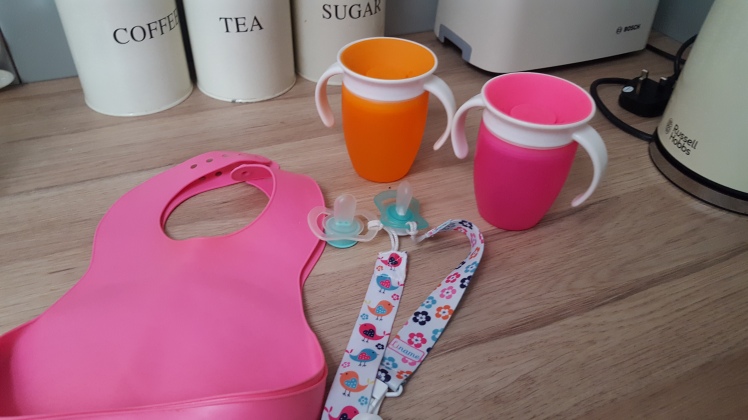 We also brought them some entertainment in the form of two plastic dinosaurs which was great for them to chew on! We also grabbed two little cuddly toys with a rattle for a bit of entertainment! We also packed two books that were small just for a little bit of extra entertainment! 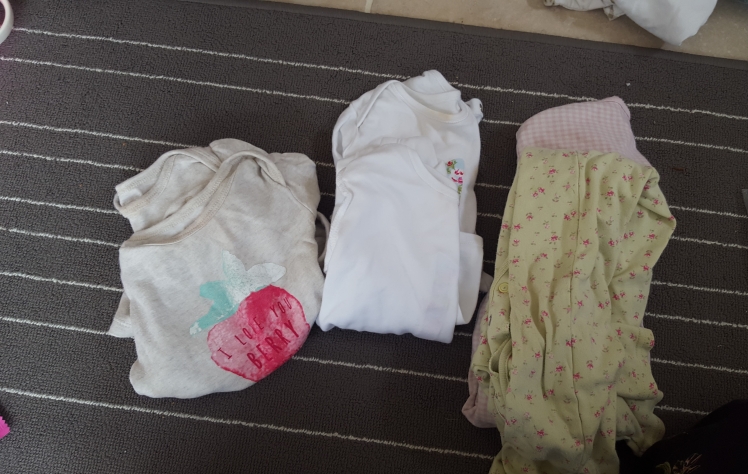 I also packed a muslin cloth, you never know when you’re going to need one of those! Dotty loves snuggling in to them to sleep and of course it makes a great breastfeeding cover up.

Finally, we packed them their sleeping bags. I didn’t know how cold the plane was going to be but in the end we didn’t use them. I don’t have a photo, but we also brought them swaddle blankets and that’s what we covered them with when they slept.

So there it is, that’s all we packed! I don’t think we would have needed much more than that even if it was a day time flight. The girls tend to entertain themselves and they enjoyed looking at the tv on the headsets!

What a babe
Before & after but not the one you usually see. I guess people are probably struggling with body changes at the moment and I totally relate. But each season of your life will reflect differently on your body & there is no right or wrong. The left photo is me in 2014, I was 20 years old. I was walking 3-4 miles per day to travel to uni & work. I worked in a big shop where I was on my feet all day long. I didn't have a particularly healthy diet and I ate loads of chocolate whilst watching tv every single night. I exercised semi regularly - basically 2-3 mile runs twice a week. Middle is me 24 weeks pregnant with twins in Italy feeling super uncomfortable in my body. The right photo is the most recent photo I have of me in a bikini though it is a year old now. Probably one of the biggest weights I've been for a while yet I'm physically at the fittest I've ever been. I regularly run 10k, managed to run a mile in 7mins 48 (this time last year I could do 9m48). Also lifting weights and getting stronger. My lifestyle is less active and my body has changed irreversibly from carrying twins. The medication I'm on that keeps me healthy also causes weight gain. In a year's time my body will probably look completely different and that's ok. If your body looks different at the end of this pandemic it's ok. We aren't supposed to stay the same all through life and you'll get back to "you" sooner than you think 💕
"Mummy I want to go to the beach" me too kid, me too 😭 missing the beaches and the sea so much these days. The weather has been so lovely lately and normally that would have meant spending most days at the beach but alas we can't. Can't wait til the day we can finally get back to it!
All dolled up, nowhere to go. Enjoying not wearing make up or making an effort but it felt nice to paint my face today ⭐
What a babe 😍 (ft the plaster on her head cos I pulled a huge scab off prematurely)
Keep seeing posts about people wanting to kill their partners. Times like these I'm glad I quite like the person I'm shacked up with